I hope that you all are doing well and that the holiday season is not causing too much stress!

Tom and I enjoyed eating a traditional Thanksgiving meal together, although we did miss seeing our families and I missed eating Tom’s friend turkey.  The food was delicious at  Seasons and the chef offered gluten free options. 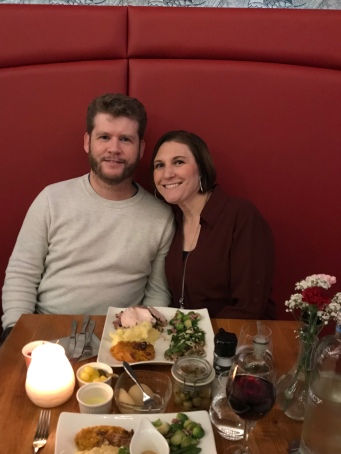 Tom and I have not attended a single Holiday Party this year, which feels a bit odd.  Although, Tom and I have been busy participating in winter activities and attending European Christmas Markets since mid November.

Sinterklaas traveled throughout The Netherlands and arrived in Amsterdam on November 17th.

We had a very busy anniversary weekend which helped us get into the Christmas Spirit.  We attended our first European Christmas Market.  The Christmas Market was called Country and Christmas Fair:  Kasteel de Haarwas nearby Utrecht in The Netherlands.

We went at night, so it was rather chilly. 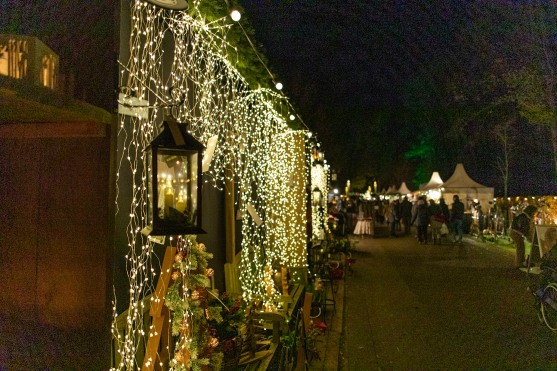 The light show my favorite thing at the Country and Christmas Fair. 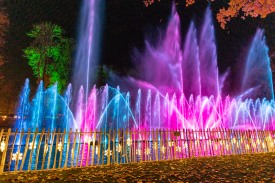 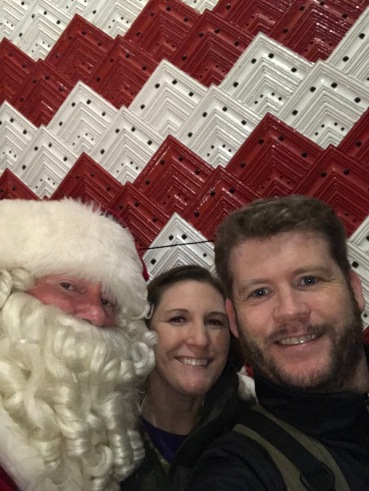 We also went ice skating on Museumplain.  Which was a lot of fun! 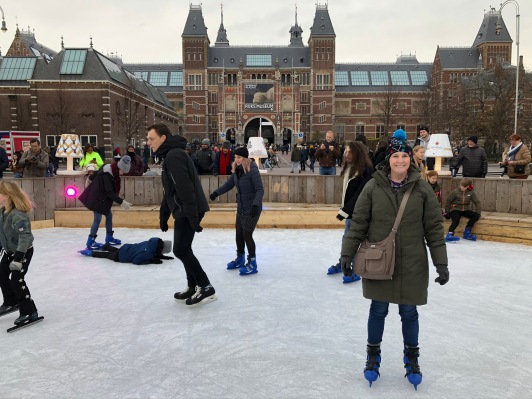 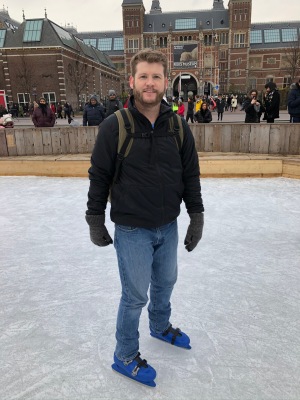 Neither of us fell, unlike the child that is laying down on the ice in my photo, ouch!

The American Women’s Club of Amsterdam (AWCA) held a Winter Fair.  My table consisted of handmade wine charms and Arbonne samples and products.  I was also very excited to wear my Chihuahua sweater since the dog looks similar to Macy. 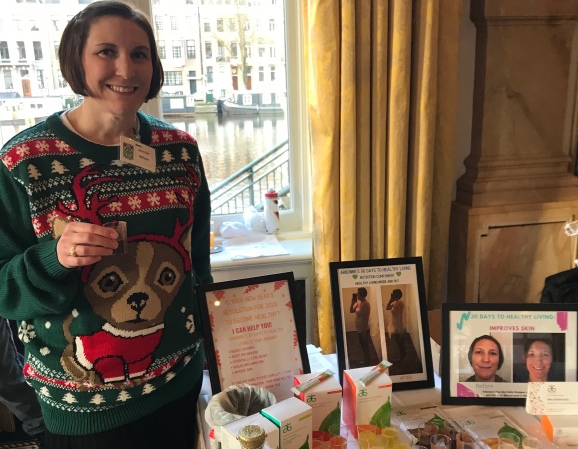 I felt the need to blog, so I decided to go to Tom’s office today because I am usually pretty productive there.  As I was walking to Tom’s office, I reflected on the past six months in Amsterdam and how much I have grown as a person.  Life events, especially living as an expat have changed my perspective as to how BIG  the WORLD really is!  Tom and I try to travel as much as we can, but we enjoy spending time in Amsterdam too.  We have visited several places throughout The Netherlands.  Amsterdam is centrally located to many places that we have visited.  It amazes me that Munich is 45 minutes away by airplane, London is an hour away by airplane, and Paris is three hours away by train.  I love traveling by train.  It is stress-free compared to flying on an airplane.  Also, you do not have to check luggage, which works in my favor because I am not the best packer.

I have so much more to write about, but I am at a good stopping point…