I had been living in Amsterdam as an expat for about two months when my husband and I were talking about meeting new people and being more social.  As my husband was searching the internet, he came across the American Women’s Club of Amsterdam (AWCA).  He highly encouraged me to join the club.  I read about AWCA and how active they were.  I agreed with my husband about joining AWCA and completed the application.

My husband was out of town for almost two weeks and I guess you could say it was a true experience of what living abroad is like without your spouse, family, and friends nearby.  Several times while living in Texas, my husband was out of town on business, but I was in my “comfort zone” and was busy working.  While my husband was out of town, instead of sitting at home alone with the dogs, I actually did the opposite and found myself becoming more social and meeting new people.  I consider myself an introvert, so for me to talk to people I do not know can be very overwhelming for me. 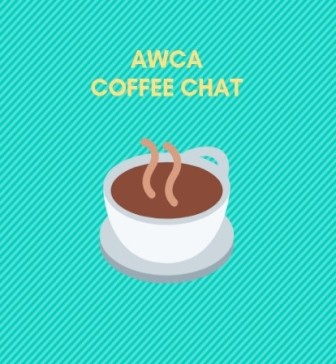 The first event that I attended for AWCA was Coffee Chat.  We met mid-morning to socialize and drink coffee.  Coffee Chat was very informal and we sat in a circle and introduced ourselves and talked about how long we had been in Amsterdam, etc.  As the introductions continued, more and more women continued to arrive.  The group of ladies were very welcoming and came from all over the United States (U.S.).  A few ladies were not from the U.S., but had U.S. connections.  I met a few ladies that lived in De Pijp, which is where I live, and we walked home together.

The second event I attended was a “Pop-Up” Lunch in De Pijp.  I was glad it was in De Pijp because I could walk to the restaurant and not worry about getting lost.  (My sense of direction is not the best. 😬) We enjoyed lunch and each other’s company.  There were about 10 of us that attended.  I recognized some familiar faces and was also introduced to other members.

The third event I attended was an excursion to a vineyard called No Chateau Amsterdam.  No Chateau Amsterdam is a cooperative vineyard located in an area where several sustainable companies are based.  I would say “the event” for me was riding my bicycle to the vineyard!  I met two AWCA members and we started our bicycle ride to Central Station where the ferry is located.  The bike ride was enjoyable and I was following the other AWCA members just fine until two people rode their bikes in front of me, which put me right next to the sidewalk.  I lost my momentum, but started pedaling again.  As I continued to pedal, I no longer saw the AWCA members that I was “following”.  I called one of them and told her that I had no idea where she was.  I don’t know how, but she found me!  I was one street over from where I should have been.  We made it to Central Station to ride the ferry and met up with other AWCA members.  When we got off of the ferry, we had more bicycling to do.  It was much easier riding since there were not many bike riders or people around.

We made it to our destination! 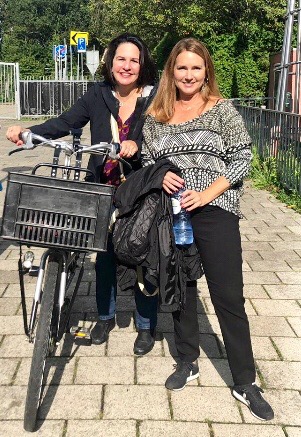 The Amsterdam city vineyard No Chateau is a non-profit foundation and was established to bring people together in a green and inspiring environment.  No Chateau also has found like-minded sustainable urban farmers, in a green, quiet, and clean environment. 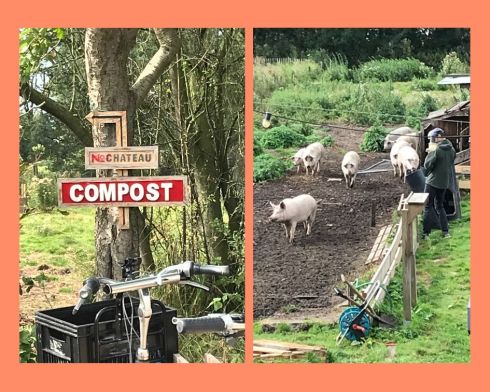 Our vinologist for the day was El.  El is a wine expert and organizes wine tastings and guided tours.  El gave us a tour of the vineyards and taught us about the wine-making process in Holland. 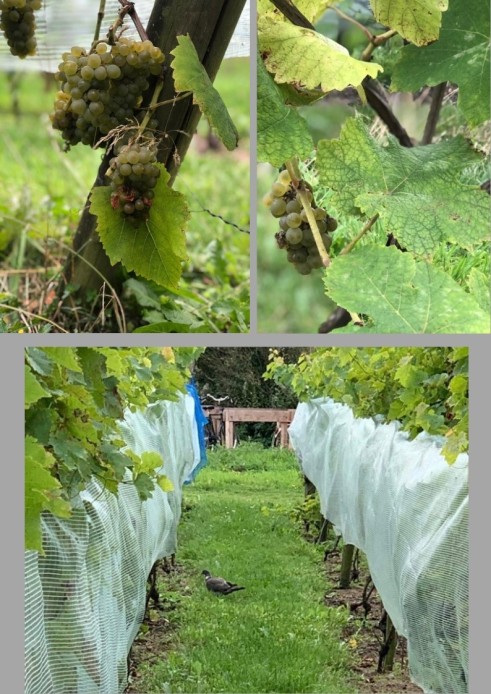 El taught us to use our senses of sight, smell, and taste in the wine workshop called “Tasting with all your Senses”.  We sampled three white wines and three red wines.  It was the first time that I ever tasted Dutch wine.  The wine we sampled is not sold in stores. It is always interesting to hear what adjectives others use to describe the wines they are tasting.  We also sampled two different types of cheese with our wine.  A delicious surprise at the end of the wine tasting was homemade tiramisu! 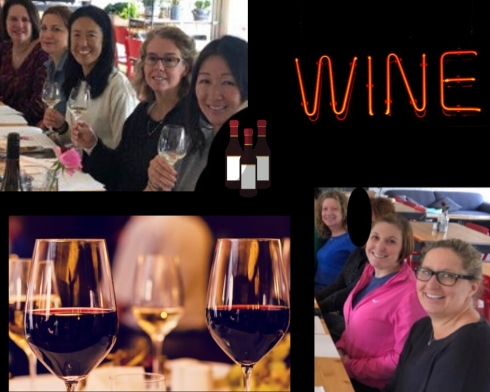 The bike ride home from the vineyard was much more enjoyable!

Our first General Meeting was held in September.  New members wore a red, white, and blue ribbon on their name tag, so it was nice for me to know who was a new member and who was not.  Either way, I talked to several members before the meeting started.  The meeting consisted of introductions and reviewing the calendar of events.  There are PLENTY of events to attend!  😀

One of the AWCA members joked and said that the bicycle ride to the vineyard was my INITIATION into the group and I COULD NOT AGREE MORE – HA, HA!

“FOLLOW” Jen’s blog called www.anchoredinhope.blog as she writes about more excursions and adventures with AWCA.